The BIG Brexit – What it means for you financially 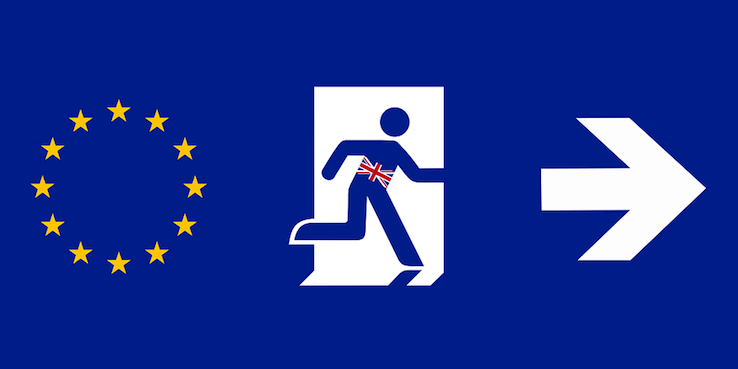 With the country (and financial markets) still in shock from the result of the EU Referendum, many of us are asking what it REALLY all means to the average Joe Bloggs.

Will I become less well off overnight? Can I still afford to holiday out of the UK? Will my mortgage rates go up?


The list of questions is long….very long. Partly because there are so many parts of our lives the result can affect. Mainly though, because this type of withdrawal from an economic bloc has never happened before in our generation. Experts can predict what they think will happen, but no one knows 100% for sure.

The Likely Short-Term Impact of Brexit

If we do listen to the experts (it would be pretty crazy not to), the economy will be hit and we will feel a pinch, albeit more pronounced in the short term.


The reason is because of the uncertainty caused by the result – this scares investors as it's harder for them to forecast if they'll get a decent return on their investment. If you saw a shop doing well in a shopping centre with heavy footfall, and another looking to move around the corner to a less well-known area, which shopkeeper would you invest in?


This has knock on effects, as investors worldwide decide to take their money from perhaps a more risky stock (such as UK home builders) to less risky long-term stocks (such as pure gold).

Since Friday, we've already seen this happen. Major UK homebuilders such as Persimmon and Taylor Wimpey have been hit HARD.

Banks have also seen similar hits, as we benefit more in the financial services industry from being in the European Union than we do in some goods markets. With the UK set to come out of the EU, free trade may draw to a close and financial institutions won't be able to operate in the UK in the same way they do now.

The uncertainty also causes huge volatility in the currency markets as investors look to invest in more stable currencies such as the US dollar.


We've all seen the headlines, but does it really affect Joe Bloggs if he has no shares in UK home builders or stockpiles international currencies?

The short answer is YES. We live in a globalized world, with a web of interconnections, which can ultimately act like a domino affect.

Due to the volatility in the currency markets, the British Pound is seen as less stable compared to other currencies and has lost some value (well quite a bit really).

If you're heading off anywhere outside of the UK for your summer holiday, things will cost you more. If you're lucky enough to be heading to the USA, £1,000 will now get you $150 less than it would have a week ago.


This is a significant short-term affect and in the months and years ahead, things should start to settle down and the value of the Pound should rise again.

A drop in the value of the Pound also means that if you make any online purchases from companies outside of the UK, they'll cost you more.

The drops across the stock market on the other hand are unlikely to cause you any financial problems in the short term if you don't hold stocks yourself. However, if you’ve got a pension fund it may impact the return you're getting as a vast majority of funds will have seen their value drop.


The Likely Medium to Long-Term Impact of Brexit

The short term impacts already discussed may cause a longer-term impact if uncertainty remains. Both the Labour and Conservative governments are in a certain amount of turmoil, which has caused further uncertainty for investors.


If this continues throughout the rest of 2016, we're likely to see continued volatility on both the stock and currency markets (so no booking your 2017 holiday just yet!).


Then we have the potential wait of over two years of negotiations with the EU for the Brexit deal to be finalized. During this time there will be uncertainty and as this may then become prolonged, the Bank of England and government could be forced to take measures to stabilize the economy.

These measures could include the adjustment of interest rates (down so people spend more money), which would impact savers. Another measure discussed prior to the vote was a change in income tax to try and makeup the shortfall if the economy is struggling.

During this time, if UK companies lose money, there is the potential for jobs to be lost. Many businesses purchase goods from outside of the UK, such as clothing from China. With a weaker pound, they'll have to pay more for these goods, as £1 wouldn't get them the same as it did one week ago.

These companies may then pass the increase in cost on to you (in the form of higher prices), or cut expenses by reducing staff. This is unlikely to happen in the short-term, but could certainly be a looming medium to long term impact of the Referendum result.

Other UK companies on the other hand may benefit if they rely heavily on exports, as the goods will cost individuals paying in another currency (such as the Euro or US Dollar) less due to the drop in the value of the Pound.

Should I be worried?

The truth is nobody knows exactly what the likely long-term impacts of Brexit will be at this point. We don't have any idea what the Brexit deal will look like and so it's hard to make predictions without a detailed plan.

If it looks like we'll maintain free trade with the EU, the uncertainty will lessen (as we already know what to expect from trading across the EU) and the currency and stocks may rebound to the levels they were prior to the Referendum. We may also be able to set up international trade deals with China and India quicker than if we were in EU, which would boost the economy.


If things don't look as optimistic, our economic wealth may be reduced for quite a few more years to come until the rest of the world see what Britain outside of the EU truly looks like.

The most important thing for us all to do now is to carry on as we were before; making purchases, enjoying a well deserved night out and not spending more than we can afford to. This in itself will keep the UK economy strong, especially over the short-term.