The Battle of the Smartwatches 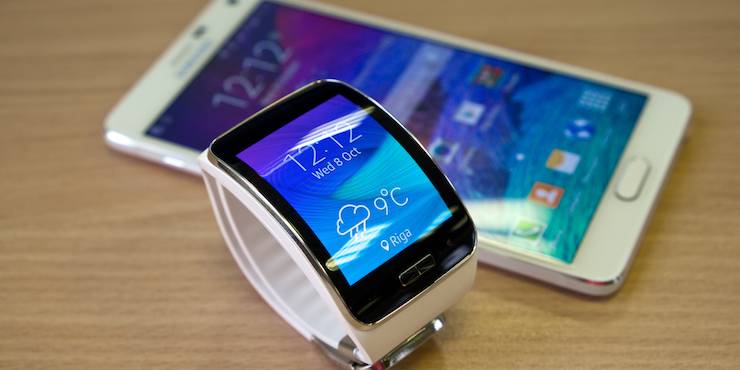 Tech started to get interesting with the launch of the smartphones, and more specifically, when Apple released their first iPhone back in 2007. That was a whole 8 years ago and now almost everyone owns a smartphone.

Fast-forward to today’s world and the smartwatch is set to be the next big thing. Although they’re pretty expensive for a ‘watch’, many people thought the same about smartphones until they realized they’re essentially a mini computer rolled into a mobile phone.

Fitness trackers have also taken off in a big way and with the existing functionality being rolled into smartwatches, the market is set to explode.

So before you go out and order a smartwatch for yourself, we’ve put together a quick guide to what’s available and the options you have based on your existing smartphone.

Unsurprisingly there’s only one option, and that option is from the same maker of the iPhone – Apple. The company was relatively late to the market with it’s smartwatch but commentators already predict they’ll sell more this year than all manufacturers of smartwatches have sold to date.

Why? Quite simply our love of Apple and the iconic, beautifully crafted bits of tech it makes. 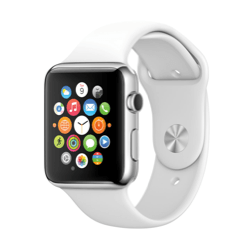 The experience will be very similar to what you’re used to on the iPhone, with the addition of a ‘Digital Crown’ for navigating, zooming and more which wouldn’t be practical to due with your fingers given the size of the screen.

Like the newer iPhone models, you’ll get a beautiful Retina display to make reading text even easier and the screen itself is laminated to ultra-touch crystal sapphire.

What is likely to make it for the Apple Watch is what made it for the iPhone, the apps. Apple developers are already scrambling to make their apps compatible and the likes of Twitter, Uber and TripAdvisor have already got theirs live. This will allow the Apple Watch to take on multiple uses, from a city tour guide to the ultimate digital shopping list.

Be prepared to pay for all of this though as the price of the Apple Watch starts at £299.

VERDICT: The Apple Watch is set to trump all other smartwatches in 2015 and is likely to hold it’s value – opt for a more basic model as the increase in price for the limited edition range is due to the straps and casing.

Android users get far more choice when it comes to smartwatches and there are now multiple models from a variety of manufacturers. This doesn’t necessarily mean you’ll end up with something better than the Apple Watch but it’s likely you’ll be paying less for it. Some of our top picks include: 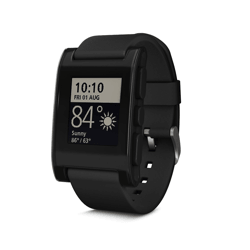 Pebble is the least known brand within the list, but certainly should be considered before forking out serious cash on a smartwatch. It’s also at the more budget-conscious end of the scale, with models starting from as little as £99.

With the basic Pebble smartwatch you can choose from a variety of colours and the device even offers some resistance against water.

It does look like something of a fashion accessory and doesn’t boast the bells and whistles of the higher priced alternatives, but if you just want to pick up texts and emails on your wrist then this may be your best option. It is also the only smartwatch which offers some compatibility with Apple’s operating system iOS, although to really benefit from the apps the Apple Watch would be the best option.

VERDICT: A great entry model for anyone looking to try a basic wearable with limited functionality – at a similar price to a normal watch it’s a fun smartwatch to show off to your mates. 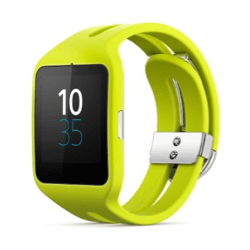 It’s not the most stylish out of the bunch but more than makes up for this with it’s functionality, especially when it comes to being used as a fitness tracker due to the built in GPS system, accelerometer and gyro.

Running on Android Wear rather than Sony’s own eco-system, whatever is happening on your android handset will also be displayed on the watch.

VERDICT: Third time may be a charm for Sony with the latest version, although it’s still at the pricey end with prices starting from around £190. 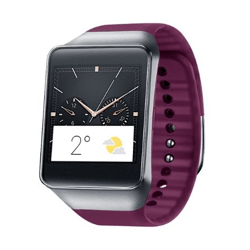 Samsung was one of the first to market with it’s smartwatch and the latest incarnation, the Gear Live certainly packs a punch.

Although the colour options are limited at just black or red, it more than makes up for this with the tech behind it. Useful features include an auto-display adjustment based on the light levels around you, a built-in heart rate monitor and a digital compass so you never get lost.

It’s available to buy online today from just £169, at just over half the cost of the newly launched Apple Watch.

VERDICT: Exactly what you’d expect from a smartwatch and from a reliable brand which has made serious in-roads in the smartphone market, giving it that all important street-cred. 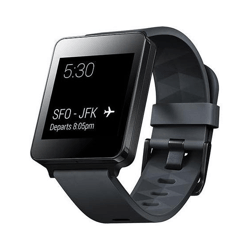 LG certainly aren’t trying to disguise the fact that their smartwatch is in fact that, and not a standard wristwatch. Out of all of the smartwatches listed within this article it’s the most computer-like looking watch, which you’ll either love or hate.

However, LG have offered some alternatives with the variety of straps which can now be purchased to add some individuality – essentially allowing you to turn it into more of a new-age fashion accessory.

Since it was launched back in 2014 the battery life has remained impressive compared to it’s rivals and the button-less display will be a pleasure to use for any existing android handset owners.