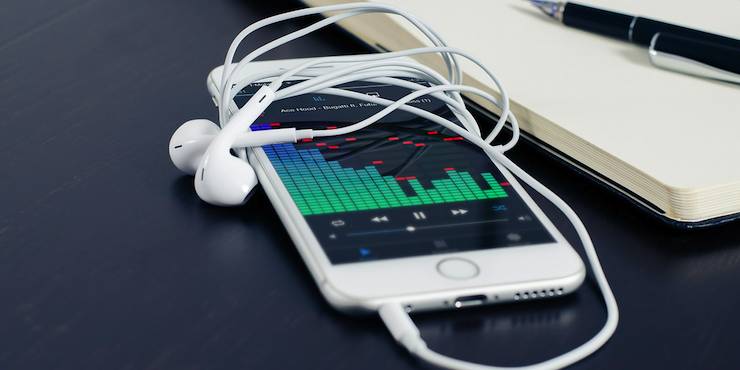 With the recent launch of Apple Music, we thought now is a good time to take a step back and see how all of the major music streaming services compare.

Many of us grew up in a world dominated by cassette tapes, then CDs, then Mini Discs (remember those? No we barely do) before one big thing happened to change it all. The Internet.

Before the Internet, accessing the latest music on demand meant trying to record the Top 40 chart on a Sunday evening, hitting record at that vital moment when the track started and then being quick to release before Dr Fox started speaking again.

The Internet changed the music industry and our consumption of music completely. Instantly we had access to music piracy sites like Napster for downloading tracks from other people rather than popping out to buy a CD (Amazon.co.uk was still in it's infancy so OurPrice was the best on offer!).

This changed again, as piracy sites were shut down and a new legal form of music sites emerged – streaming sites. Alongside this, digital download services like iTunes raise to fame as we no longer need a CD to then have to rip to a computer so it's available on other devices.

The difference with music streaming sites is fundamentally about ownership - unlike before when music was bought or illegally downloaded, we now only stream the music and never actually own it.

Streaming services have come and gone, but with Apple now launching it's own service, competition is hotting up and now is the time to look around to decide which music streaming service is best for you.

Spotify was one of the first music streaming services to launch in the UK in 2008 and is one of the most widely recognized today. Amassing 20 million users and deals with all of the major record labels, Spotify has grown rapidly and the choice of music on offer is one of the best on the market.

The service allows you to set up playlists, as well as using an algorithm to recommend music to you based on what you've previously listened to (useful if you're looking for some inspiration). Due to it's heritage it also has multiple third party integrations, making it a great plug-and-play solution for users of other technology such as Sonos.


Cost: Free for a basic account and £9.99 per month for Premium. With Premium you'll hear no ads, can listen to music offline and play any track.

Apple Music may be the newest entrant to the music streaming world but it's set to become the biggest due to the millions of users it already has on iTunes.

With Apple Music you can access music in a similar way to how you do on iTunes, with the difference being you stream music rather than downloading to an iTunes account. Apple is using it's wealth to offer additional features, including 'Connect' – a feature to give you access to artist-uploaded material.

Further features center around algorithms used to recommend music based on your tastes, with human suggestions also fed in by music experts.

There's also Beats 1, a new radio station available only on Apple Music and headed up by international DJs such as Zane Lowe.

However, due to it's infancy the service is currently less well integrated with other tech such as Sonos, although we believe this will be improved by the end of the year.

Originally launched in 2014 before being snapped up and re-launched in 2015 by Jay Z (with the help of a host of celebrities and artists on Twitter), Tidal is aiming to set itself apart by focusing on the quality of the music being streamed.

This will no doubt appeal to serious music sticklers, who want to hear the track as close to the original when recorded in a studio. Tidal accomplishes this by what is called High Fidelity Music Steaming (HiFi), available on a higher account payment tier.

Tidal is also co-owned by other artists, which means exclusive content is on offer that you may not find on other services. However, Tidal pricing isn't as competitive and it may not be for you if you're just dipping your toes into music streaming.

Xbox Music offers a catalogue of over 30 million tracks to stream across multiple devices, as well as the ability to list to tracks offline.

Don't be put off by the name, you don't have to have an Xbox to use the service and it's even compatible with your iPhone.

Google Play Music All Access has fewer available songs than rivals, although this is partly made up for as you can also add your own. In total you can upload up to 50,000 tracks to then stream across your devices, alongside tracks already on offer via the service.

Smart technology is embraced once again to allow you to curate radio stations from preferred artists, or you can go for an easier option and get recommendations based on your listening history and tastes.

Free Trial: 30 day free trial for all features, but you can continue to use the 50,000 track storage for free after the trial period expires.