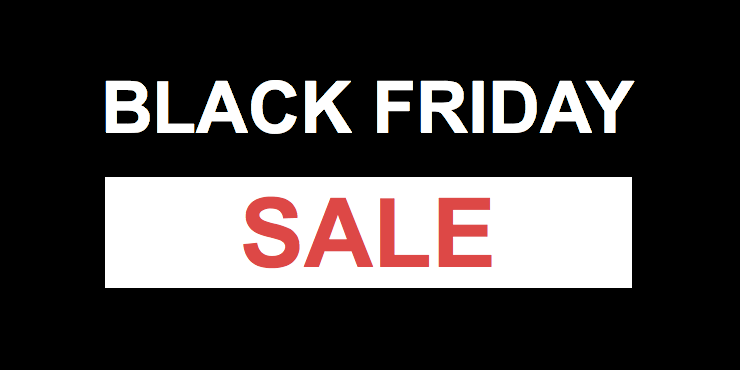 Black Friday 2015 is just 10 days away, with retailers up and down the country getting ready for what is anticipated to be the biggest shopping day so far this year. In 2014, online shopping grew by a massive 135% on Black Friday compared to the same day the previous year, so all eyes are firmly on if the same will be seen this year.


So with Friday 27th November looming ever closer, what can you expect to bag a deal on? We’ve analysed what happened last year and financial results of the larger players to try to bring you our expectations on what Black Friday 2015 will hold.

Historically, Apple was one of the major players and helped to bring the phenomenon over to the UK from North America, yet it was a noticeable absentee from last year’s celebrations. If you visited the Apple Store on Black Friday 2014 hoping to pick up a discount, you would have been sorely disappointed.

This makes it hard to know what Apple will do this year so don’t get your hopes up just yet on getting that sparkling new Apple Watch from the official store. However, tech products will feature heavily across other retailers such as Amazon and Currys so you may just be able to pick up a bargain elsewhere.

We’re forecasting that the majority of the major players will also use the opportunity to get rid of older stock before the Christmas rush. This means it should be a great day to get older models of TVs and computers at knockdown prices. BUT, you need to do your homework and don’t get carried away with one-day mega deals as some older stock may have already been available at the discounted price and will remain that way for weeks after.

John Lewis helped to lead the way last year but has stated its not doing an official Black Friday 2015 promotion. However, due to its Never Knowingly Undersold price match policy you should still be able to pick up a few deals at the retail with a raft of price match promotions across the store.

We’re expecting big things from Argos, who were one of the major powerhouses of Black Friday last year. You should be able to pick up deals on everything from homewares to Christmas preseasnts – just don’t forget to avoid delivery fees by using the Click & Collect service.

Next tends to go against the herd when it comes to discounting on fashion and expect this to be the case in 2015. We’re not predicting Next to take part in Black Friday at all so you’ll have to wait until the Boxing Day sales until you can grab a bargain.

However, it’s not all bad news as based on discounting habits so far this year we think the heavy weights will go big this year. This includes the likes of Marks & Spencer, House of Fraser, the Arcadia group and Debenhams (who were another noticeable absentee in 2014.

With the scrambles last year at supermarkets such as ASDA, we’re expecting Tesco to extend its Black Friday 2015 promotions across its F&F Clothing line. One omittance will be ASDA; deciding Black Friday isn’t for it this year after the drama we saw in stores in 2014.

Our final tips for Black Friday 2015

Prepare for a late night or an early start
Last year was by far the biggest Black Friday we’d ever seen in the UK. It resulted in websites crashing, pandemonium in stores and a mixture of both happy and disappointed shoppers. Web teams are likely to have worked hard to ensure the same doesn’t happen this year are we’re expecting some deals to start at a minute past midnight. If you can, stay up late and see if your favourite retailer has started early.

At lots of retailers online you can also sign up to special Black Friday 2015 newsletters so you can notification on the day of what deals are available.

Check it really IS a good deal
Once you’ve found what you’re after, try and do a quick price check on a comparison site such as Ciao. This will help you to know if the markdown really is a one day only deal or if you can get a similar price at another retailer. This is especially important when it comes to branded goods or electricals.


Set your limit and stick to it
Before Black Friday 2015, set yourself a total budget for what you’re able to spend on the day, as well as the maximum price you want to pay for a specific item. It’s so easy to get carried away in the chase for the deal that you soon find yourself a month before Christmas with an empty bank balance.