Is This Smokeless BBQ The Perfect Camping Companion? 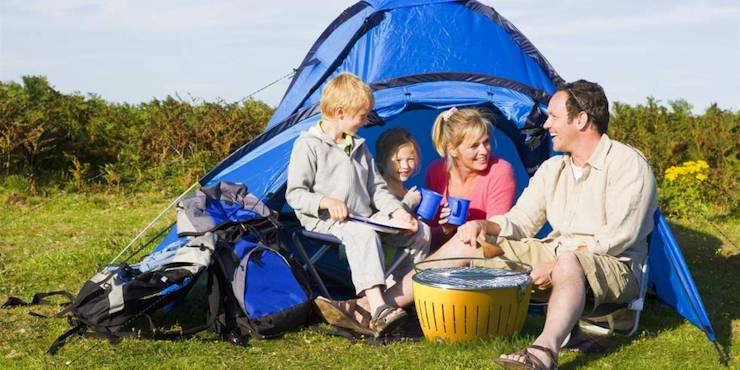 One of the best things about camping is cooking over an open fire or BBQ, but one frustration can be the amount of smoke produced and it finding its way into your tent.

Plus there's the dreaded cleaning of it and how to then transport it back home without your car looking like it's had a chimney sweep tucked away in the boot.


Over the last few years, a few BBQs claiming to be smokeless have appeared on the market, but unfortunately don't tend to live up to the promise. There's a new kid in town though and it's name is the LotusGrill.

Available in a range of sizes and colours, the LotusGrill isn't cheap with prices starting from around £110. However, for this you get a stylish BBQ beautifully made and with some great nifty features.

By using a battery-powered fan, it constantly supplies the charcoal with air so it gets hot. Quickly.

This means it's ready to grill on within just 5 minutes, rather than you have to wait over 20 minutes like standard BBQs.

Due to it's double-layered construction, the outer bowl won't get hot to the touch so although it's not entirely child friendly, any tiny hands touching the sides shouldn't suffer any harm.

This also means if it does start chucking it down, you can pick it up and move it under some shelter.

The best part about this double-layered construction however is that it's easy to clean, as you can take the bowl out, tip out the ash and give it a quick rinse. Bonus.

Now for the really clever part – it won't produce smoke during cooking.

How? Partly it's down to the fuel that is used, but it's mainly down to it's design, which prevents grease from dripping on to the coals which causes the majority of the smoke you normally see. Genius.

This means you can wave goodbye to that smokey tent and can also use it in most places where BBQs have been forbidden previously. The balcony is an obvious choice but it's also great for the beach or park when you don't want to smoke out other people around you.

If you're keen to get your hands on one yourself, the cheapest price we found for the LotusGrill was £114 at Amazon.co.uk. We'd love to know how you get on so please leave a comment below for other readers after you've given it a thorough testing over the Summer. Happy camping!