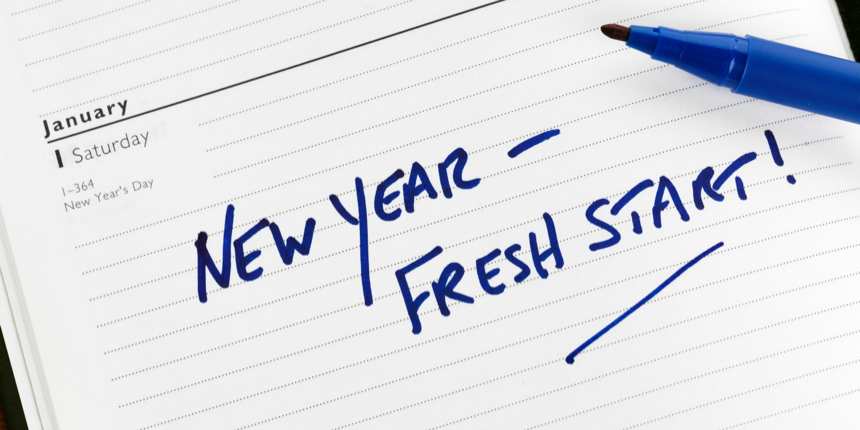 Another year has come around and it’s that time again when everyone starts proudly declaring what their New Year’s resolution is. Statistics show that a whopping 25% of people don’t even make it past the first week, with over half of us not making it over the 6 month mark. If this has been you in previous years, the simple steps below should help you to break the curse and come out of the year with your resolution still very much intact.

Naturally, everyone wants to better him or herself and all too often we’re in a rush to do it. This puts unnecessary pressure to make a drastic impact, resulting in resolutions being set that are unrealistic and eventually broken. Take baby steps, decide what it is you want to achieve and consider doing it over a longer period than the course of a year. For example, if you’re New Year’s resolution is to lose weight, you could set a target of half a stone this year and a further half a stone next year.
This leads on to the next point, which is that resolutions should be as specific as possible so that you can measure your success (more on this later). By setting a very specific goal you’ll be in a position to work out all of the steps needed to reach it. If it’s half a stone of weight, this can be broken down into a loss of just over 1 pound every two months.  This not only sounds much more achievable, but you can also easily see your progress throughout the year.

Step 2 – Monitor your progress and have fun doing it

The majority of people will break their New Year’s resolution because it feels like hard work that is never going to be achieved. Now you’ve set a realistic resolution, there’s no reason why you should fail and the monthly monitoring/progress checks will give you a reason to keep at it. Why – well because being good always should be rewarded and you should make sure you treat yourself if you’ve done well that month. This could be by going out for the day using the money you’ve saved, buying yourself a gift or having a rest day in front of the TV.
This should give you some positive encourage every month and if you aren’t hitting the targets, it’ll also give you plenty of time to see what you need to do the following month to make it happen rather than at the end of the year.

Step 3 – Get your friends and family involved for extra encouragement

It’s much easier to stick to a New Year’s resolution if you’re not the only one who knows about it. Talk about it with your friends and family, including the overall goal and the smaller milestones you want to hit throughout the year. The specific targets will really help here as you’ll have something more to say than a general ‘yes, it’s going well thanks’ with nothing to measure it against.
Better still you should try and get into a group with other friends who have also set a New Year’s resolution and have monthly progress catch ups and reward nights. This will then turn the resolution from a perceived drawback in the year to a really positive action you’re doing with friends, supporting each other and making sure you’re in the small proportion of people who do keep their New Year’s resolution.