3 of the Best: Wearable Activity Trackers 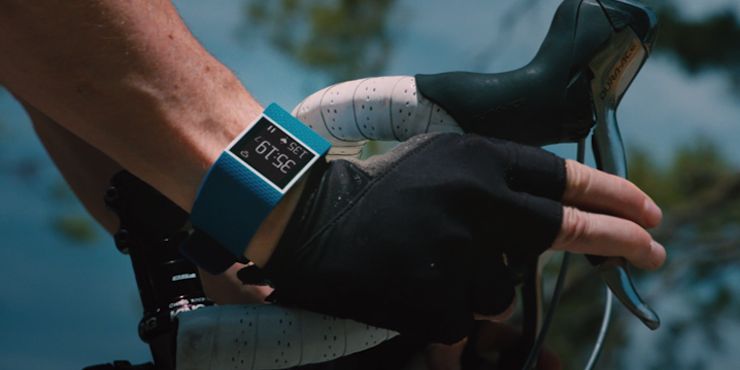 Another year and another potential set of broken promises. Thousands of us promise to hit the gym each year, manage several visits in January and then make up excuses for why it’s not possible to go throughout the remainder of the year.

If you want to try and keep the promise to yourself this year and actually get fit (or fitter), making the most of wearable activity trackers may be your best option. These bits of kit allow you to constantly monitor your activity against goals so you can see in real-time how well you’re doing. They make it much harder to lie to yourself about how far you actually ran, as well as giving you a boost after a good workout.

We’ve rounded up some of the best wearable activity trackers currently on the market in the UK so you can get off to a head-start in the New Year. 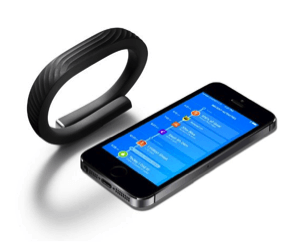 The Jawbone UP24 may sound like something out of Dr Who but don’t let this put you off.

Consistently rated extremely highly by users, the Jawbone is a sleek and comfortable wristband available in three different sizes. It allows you to track your sleep patterns (essential if you’re having difficulty motivating yourself due to sleep issues), as well as physical activity including steps and distance covered. From this it will work out how many calories you’ve burned and how much time you actually spend being active rather than watching the tele.

The Jawbone UP24 an un-obtrusive piece of wearable tech and pairs up with any Android smartphone or iPhone to give you all of the data it collects. 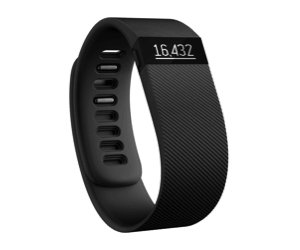 Fitbit is starting to become one of the most popular brands in the wearable technology for fitness market. It’s latest installment, the Fitbit Charge Activity Tracker offers similar tracking capabilities to the Jawbone UP24 in an equally sleek design.

The key difference between the two is the addition of an OLED display within the band itself, giving you the chance to take a glance to see real-time stats on your wrist rather than having to get out your smartphone.

This may be too addictive for some so make sure you switch it to the watch mode when you sneak in that cheeky pint or glass of vino. 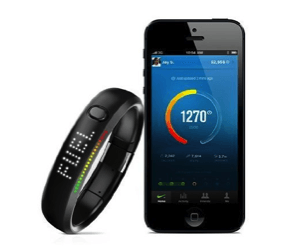 Nike is strides ahead of other sportswear brands when it comes to wearable technology and fitness apps.

It’s wearable activity tracker, the Nike+ Fuelband, records your everyday activity and then converts it into it’s own measure of activity, NikeFuel. This metric has irritated existing users of the Fuelbands so it may not be for you (see if you can borrow one from a friend before you buy!).

You can use the Nike+ Fuelband to track how many calories are burned while you’re out on a run, or the steps taken on those walks between meetings or chasing the dog around the park.

The in-built display shows your progress in real-time, as well as whether you’ve hit your goal.

The downside is that it is considerably more expensive than both the Jawbone UP24 and Fitbit Charge, which may be better spent on some new training gear so you can throw out that 1980s shellsuit.