Is Poundland cheaper than supermarkets? 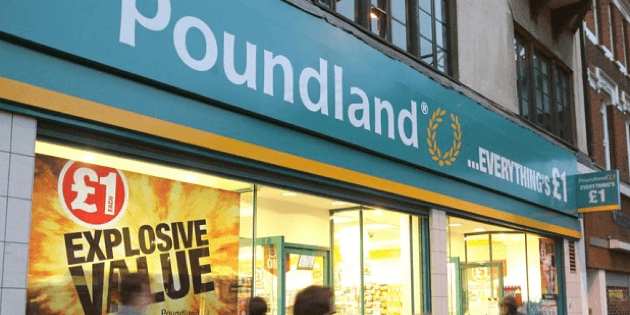 Everyday thousands of us continue to try and cut the pennies further everyday, especially on essentials so we’ve got more to spend on the little luxuries in life like foreign holidays and meals out. Poundland has capitalized on this in recent years and a growing number of people are seeking out bargains at it’s stores across the UK. In turn the media has focused on Poundland to see if it really is cheaper than the larger supermarkets like Tesco, Sainsburys and Asda.

The Channel 4 Dispatches programme was probably the largest media company to put the spotlight on the company known for it’s everything for just £1 policy. The ‘Secrets of Poundland’ programme aired in September 2012 and showed so pretty big marketing tactics used by the company and highlighted a number of items that were actually cheaper in the supermarket. One of the biggest criticisms appeared to be the marketing on products specifically, such as ‘Extra 50% free’, when they were generally standard pack sizes that you’d usually find on your standard weekly grocery shop. Another surrounded the issue of pack sizes, with claims that quantities were smaller in the Poundland packs than at the supermarkets, which means the deals weren’t always as good as they first appeared. There’s strong evidence that this was the case and in when we compared Poundland to supermarkets we did find this to be apparent. However, there were also some great savings to be had as well.


What we found to be cheaper at Poundland

We reviewed several everyday essentials to see if you could save more by shopping at Poundland. Generally, you’re likely to save more overall by shopping at a supermarket for a big shop. There are a few items though which may be worth making a trip to your local store for:

1) Milk
4 pints (2.27l) of milk at most supermarkets is currently around £1.30. Only Asda is cheaper at £1 which is extraordinary value. Poundland doesn’t sell 4 pints and instead sells it in 2 litre containers, which are around 0.27l less than 4 pints.

2) Mouthwash
Listerine mouthwash tends to be around £3.40 at supermarkets but is often on offer at 2 bottles for £5. These bottles are 500ml in size and based on this offer each would cost the equivalent of £2.50 each. Poundland doesn’t sell the 500ml bottles and instead sells a smaller 250ml size for £1.

3) Dishwasher tablets
Finish dishwasher tablets are generally sold in supermarkets at a price of around £5 for 26 tablets. Poundland sells packs of 10 for £1 so they are much smaller packs.

Based on this you’d save a whopping 9p per tablet, which is close to a 50% discount compared to the supermarket. Tablets can be on offer at supermarkets but they aren’t usually discounted by this amount, so it’s a great way to save money. If you used 30 per month you’d be saving £36 per year just by switching to Poundland.


So is it worth shopping at Poundland?

The items above are all large brands rather than own-brand goods to provide a fair comparison and it’s clear there are some genuine savings to be had. Asda does offer the best value milk across all stores, with Poundland next. The mouthwash choice is limited at Poundland but you do save 20% compared to the supermarket prices, which is even more if there aren’t any 2 for £5 deals. The dishwasher tablets provide one of the biggest savings and over the course of a year it soon adds up. It’s certainly worth venturing into your local Poundland store and comparing products like-for-like to see how much you could save as we were surprised ourselves by the findings.