Getting The Look For Less – Supermarket Fashion Ranges 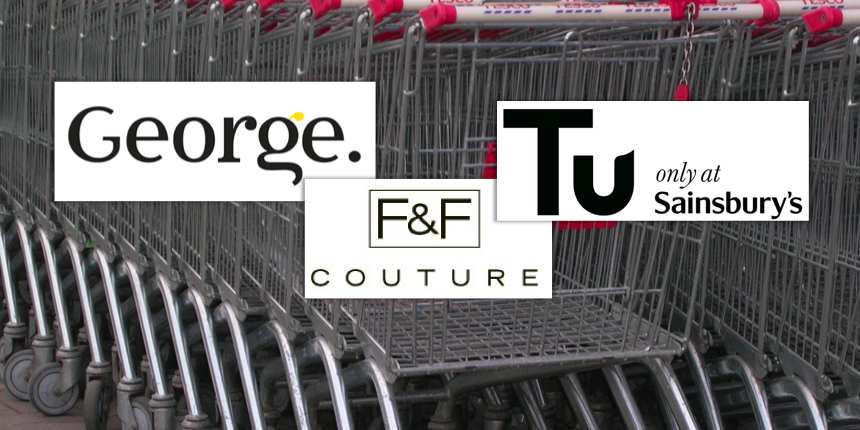 When supermarkets first started to bring out their own fashion ranges, many people in the fashion world turned their noses up at the idea. It wasn’t an overnight success by any means, but over time, the ranges have become more and more popular.
The simple truth is that fashion margins are high. Supermarkets know this and wanted a piece of the action, especially considering the colossal size of their customer bases. Not many companies in the UK can boast to serve millions of customers each week, yet ASDA, Sainsbury’s and Tesco can.
We’ve looked back at how it all began and what the supermarket fashion ranges look like today.

ASDA  was one of the first to take launch their own fashion range, taking on the expertise of George Davies (previously of Next) back in the 1990s. The range, named after the man himself, appealed to savvy consumers, but not to people seriously interested in fashion.
The clothing offered great value for money, especially across the school uniform range, but it was quite far away from what you could find in Topshop or a designer boutique at the time.
Step forward to 2014 and after being gripped by recession, the nation has started to look again at what George at ASDA has to offer. This may explain why it’s estimated that ASDA is now one of the top five largest clothing retailers in the country, after the Arcadia Group, M&S and Next.
The range today is extensive, offering affordable fashion pieces for work, including dresses from £18 and men’s slim-fit suits from £50. It also spreads across to everyday and casual wear, with a huge selection of ‘basics’ and wardrobe staples. Even if you’re not keen on getting your full wardrobe from George Clothing, you can’t go wrong with the standard black pencil skirts for £12.
We’re also a big fan of the online ASDA Style File, which looks more like a glossy magazine. A great source for inspiration, it’s the perfect way to see which items are needed to create the look and then to guide you in the right direction of where you can find them all on the website.

Originally launched under the name Florence & Fred, Tesco have continued to invest heavily and have got F&F Clothing to the point we see it in today – a billion pound clothing division of the high the UK grocery giant.
This has been helped by some fantastic appointments, including Anita Bolger (previously of Arcadia), who moved across to Tesco back in 2001 to build up the F&F Clothing brand. Another is Kate Crossey, who made the move from Marks & Spencer in 2012, helping to put together exciting new collections each season.
With the collections we see in-store and online today drawing inspiration from the catwalks of Paris, it’s little wonder that people are starting to re-assess the proposition compared to that of high street retailers. In the previous 10 years, prices at some of the largest fashion retailers such as Topshop have continued to increase, yet supermarket fashion still offers consistently low prices.
What you don’t get in-store is access to online exclusives, which are specially selected pieces based on the freshest new catwalk trends, at incredibly great value prices. Some of our favourites include the Fluoro Shift Dress (perfect for your new Spring wardrobe) available in a fluorescent orange or yellow for £30. 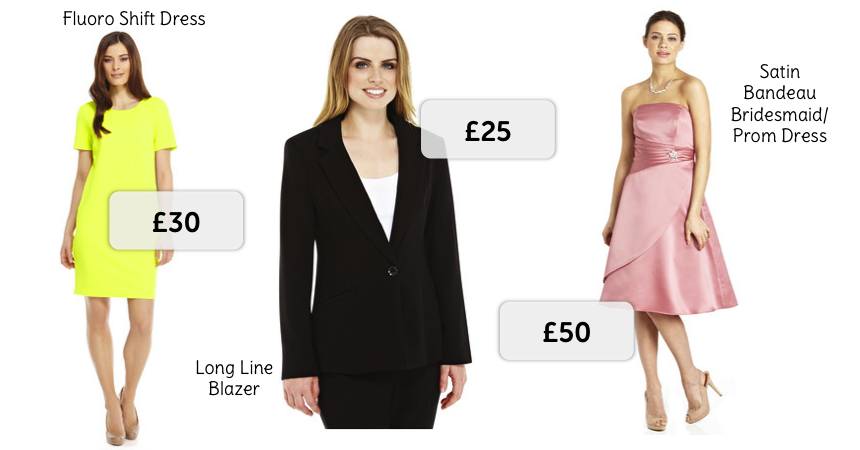 If you’re after something more sensible (or for work), check out the simple black blazer (pictured above), which is on offer for a mere snip at £25. F&F Clothing have now also entered the wedding market, with a range of Bridesmaid dresses for those on a budget, including the one pictured which is available in a variety of colours for £50.

Unlike Tesco and Asda, Sainsbury’s was late to the party, launching it’s Tu Clothing range in 2004. Tu (meaning ‘you’) was also the brand that Sainsbury’s decided to use across it’s homeware products, which confused the messaging and left many people wondering about Sainsbury’s focus on fashion.
Step forward to 2013, and Sainsbury’s announced a major re-launch and re-brand of Tu Clothing, also promising to only use the ‘Tu’ name on fashion from now on. This shows that Sainsbury’s are now starting to get serious about taking a slice of the UK fashion market, backed up by it’s new design team of over 30 people.
Although Sainsbury’s are taking huge strides forward, the Tu Clothing range is STILL only available to buy in-store, although you can view it online. Not great if you’re an avid online shopper, and there aren’t many people who would choose the bustle of a supermarket over the comfort of an armchair.
Putting this issue aside, the range itself has improved beyond recognition over the previous 9 years, helped by collaborations with the likes of Gok Wan. 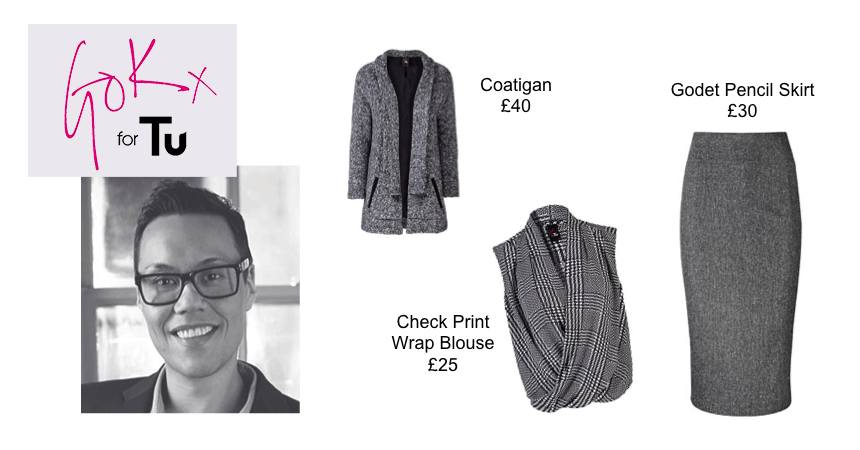 Star pieces of the ‘Gok for Tu’ collection include the Coatigan – perfect for those chilly Spring mornings, on sale at £40. We also love the pencil skirt (pictured about) and wrap blouse, which is also available in other colours. It’s a sophisticated collection and it would be great to see this evolve outside of smart/workwear.
Overall, we feel Tu Clothing doesn’t quite cut the mustard compared to F&F Clothing, which may be due to the lack of focus prior to 2011. It does, however, still offer fantastic value for money, making it another great place to pick up a fashion bargain.