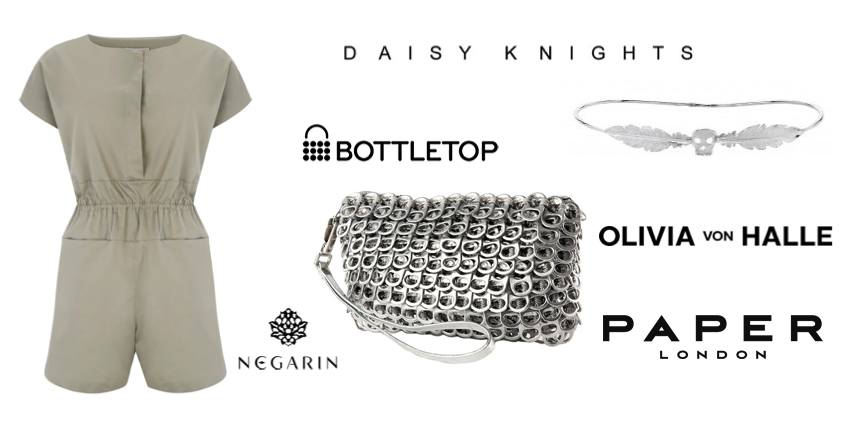 London Fashion Week is in full swing and among the big names like Mulberry and Burberry, there are a huge number of independent fashion labels trying to get their big break.
These independent designers offer designer fashion but at a fraction of the cost of the established brands.  In 2011, LUX FIX was launched to make it easier for fashionistas to shop directly from these independent labels. They do this by working closely with independent fashion designers to showcase their products on the LUX FIX website, cutting out the middleman and saving you money in the process.
So it’s time to ditch the big brands and look at what these independent designer labels have to offer.
We asked Hannah Balsdon from LUX FIX for her tips on what independent designers are set to shake it up this season. She highlighted 5 that should be at the top of your list of labels to watch - Daisy Knights, Bottletop, Paper London, Olivia Von Halle and Negarin.

Daisy Knights is just 23 years old and has successfully launched a stunning range of jewellery since winning the Bright Gem award 3 years ago.  She’s quickly gained a celebrity fan base including the likes of Daisy Lowe and Rihanna, who are frequently snapped wearing the signature designs featuring skulls, feathers and shells.
Expect to pay around £39 for a simply bracelet or £185 for an original Daisy Knights watch.

Cameron Saul and Roger Saul, his father, who founded luxury brand Mulberry, launched the Bottletop Foundation back in 2002.  Cameron wanted to help raise vital funds for education projects across Africa and to generate local employment.
The collaboration with Mulberry resulted in handbags made in Africa from recycled bottle tops being lined with luxurious Mulberry leather.
Move forward a few years and Bottletop then launched it’s own brand collection of bags using a completely new type of material – aluminium ring pulls crotched together and made into chain mail.
The designs can be picked up from as little as £65 for a clutch bag, or £195 for the Anna Bag by Bottletop pictured below. All are still made in Brazil, helping to support artisans and their families, generating much needed employment. 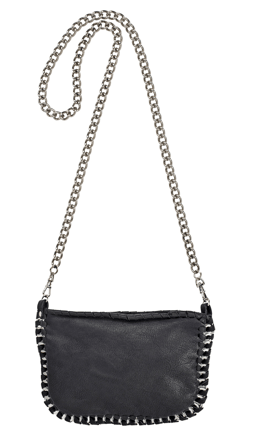 The Bottletop bags have now become a design icon, frequently snapped on the arm of celebrities such as Jessica Alba, Rachel Weisz and Rita Ora.

Paper London is an upcoming British brand, founded by Philippa Thackeray and Kelly Townsend. They place an emphasis on using crisp edges to create sharp silhouttes, resulting in a strikingly sleek look.
The intarsia knitting process is used extensively across the collection to create bold, vibrant patterns and blocks of colour.
Dresses start at around the £295 mark, but sale discounts are often in excess of 40%, bringing the price down to a more affordable £175. When you consider each garment is made in London and many from 100% wool, it’s a shining example of the value you can get from independent fashion designers.

Olivia von Halle first launched her luxury nightwear brand at London Fashion Week back in September 2011. She’s now a familiar face at the star-packed event and continues to be a favourite amongst fashion editors across the UK, with her stunning prints and the beautiful cuts of each piece of silk nightwear.
Inspired by the eccentric British aristocracy and the lounging pyjamas worn by Coco Chanel back in the 1920s, Oliva Von Halle believes that all women should feel as glamorous at home as you when you’re dressed up for a night out partying. 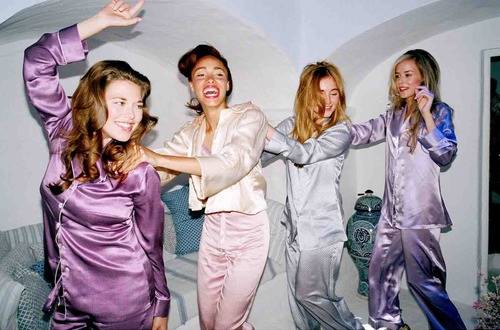 The result is distinctively cut, luxury nightwear that is made from only the most beautiful fabrics. There is quite a price tag attached, with pyjama sets costing upwards of £185. However, you’d pay double this if it had a big brand name attached such as Dolce & Gabbana, which makes Olivia Von Halle nightwear good value for money for such high quality.

Negarin Sadr has had a cultured upbringing, born in Iran and then moving across to North America, where she was brought up in Washington. She moved on to New York where she became a trained sculptor and artist.
Negarin then went on to train under both Benetton and Donna Karan, before making her most recent move here to London.
In London she made the decision to launch her own brand in 2011, focusing on designer womenswear for the modern woman. Negarin’s collection is inspired by her global upbringing and the work she did at Donna Karan, looking at how garments can be made practical by embracing high tech innovation. One example is the luxurious crease-free cloths used extensively across the range, providing practicality but without compromising on luxury or quality.
She’s now caught the eye of the international fashion world, creating timeless classics by using her background in art to play with the illusion of shape to make the lines as flattering as possible. Another example of offering value for money, Negarin garments start from around £230 for a jumpsuit and the brand is unquestionably one for our watch list.
These independent designers are just a fraction of the number hitting the fashion scene each year. They all offer fantastic value for money, as they don’t spend millions of pounds on marketing like the bigger brands, which in turn means they don’t have to over-inflate prices. As Co-Founder of LUX FIX Rebecca Glenapp explains to us, ‘Designer fashion doesn’t have to mean it’s over-priced’.