£1k off the ultimate TV for Wimbledon 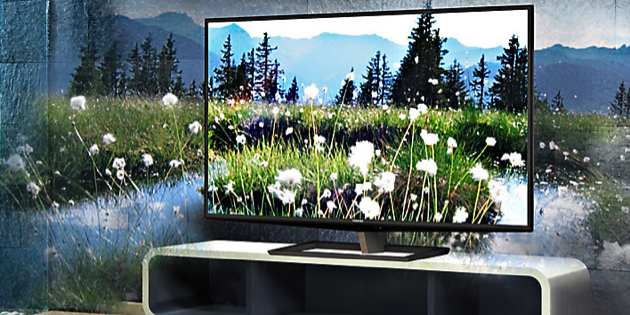 Wimbledon 2013 runs from 24th June – 7th July, promising to give us two weeks of spectacular sporting action and an excuse to break out the Champagne and strawberries. With all eyes on Andy Murray after his recent win at the Queen’s Tennis Club over Marin Cilic, this year is set to be one of the most memorable to date. The annual competition dates back to 1877 and the last time a male won the Single’s title was Fred Perry in 1936, which means you’d have to be in your 80’s now to remember it.

As most of us aren’t lucky enough to be selected for tickets in the public draw, we decided to take it upon ourselves to look at how you could get closer to the action from the comfort of your living room. After journeys to multiple stores, reading hundreds of reviews and looking at what was on offer online, we found our winner – a whopping 55 inch TV from Toshiba.


Why we picked the Toshiba 55ZL2B

It certainly wasn’t because it’s cheap as the standard price is £4,000, however you can currently save £1,000 on it in the John Lewis clearance sale. When it was first launched in the UK the price was close to £10,000 – it just shows how much they can drop in 18 months. It is great value though when you compare it to other models and it has some technology you’ll struggle to find anywhere else, so we think it’s worth every penny.

The reason we think the Toshiba 55ZL2B is the ultimate TV to watch Wimbledon on is because it gets you as close to the action as possible – it gives you a 3D experience but without the need for glasses. This, coupled with the huge screen size, makes it a television that’s hard to rival for large sporting events.

The TV actually uses face-tracking software to get around the issue of 3D glasses, as the display on the screen adjusts uniquely to each person’s position.  It can do this for up to 9 people so it’s perfect if you want to get your mates around and show off your new bit of kit. Now, we’re fully aware Wimbledon isn’t broadcast in 3D and at this point you may be wondering why we picked a 3D TV. The answer is quite simple as there’s a 2D to 3D up-scaler which essentially means it’ll automatically turn a standard image into 3D. Now our decision should be making much more sense! The main drawback (and unfortunately there are some) is that the eye tracking can be thrown out if you move around a lot, so don’t be surprised by having to reset it if you constantly move seats while you’re in front of it.


Other benefits of the Toshiba 55ZL2B TV

If the 55ZL2B TV is out of your budget but you still want the large screen experience, check out the Toshiba 55WL968B which is it’s older brother. It has the same screen size and offers 3D via standard glasses so you do lose that part. However, it’s currently got £300 off the RRP at John Lewis and comes in at just £999, which is £2,000 less that the other model.